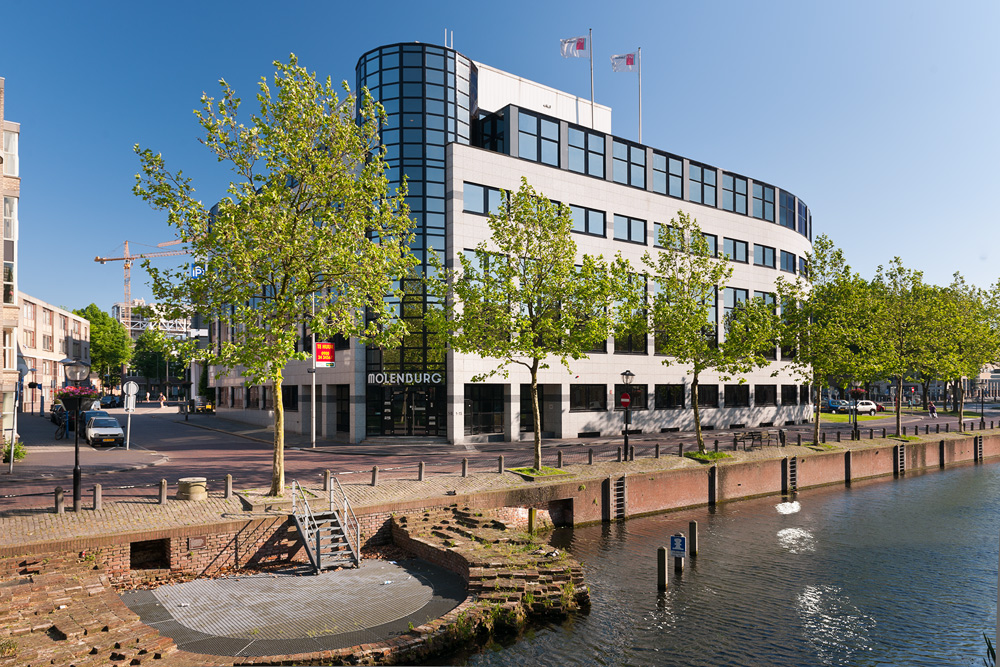 July 2016 – Nexus Real Estate has signed a new lease with the School of the Arts (HKU) per May 1, 2017 for the Molenburg building at the Nieuwekade in Utrecht for a period of 15 years. The HKU rents 5,231 sqm of office space and 76 parking spaces.

Molenburg will be renovated in close cooperation between HKU and landlord. Part of this renovation is to increase the sustainability of the building. In addition, the building will have an open character, creating more connection between the building, the user and the surrounding area.

The HKU is an important Institute of the Arts in the Netherlands and Europe. In addition to programs in design, theater, music, art, games and interaction, arts management, arts and media, the HKU also offers interdisciplinary courses.

HKU has launched the “Relocation Program” in 2014, which the portfolio will be transformed to connect better with the ambitions of the HKU. Therefore it was decided to concentrate the locations in and around the city center of Utrecht. Emphatically goal is increase the recognizability of the HKU and to demonstrate the identity of the HKU to the city.

The HKU has explicitly opted for reducing the number of sites to three locations in and around the center of Utrecht, because of cultural and metropolitan amenities.

The HKU will accommodate its management and staff functions in the Molenburg building. In addition, presentation rooms, project rooms for teaching and research spaces will be created for the benefit of centers of expertise and professorships.

In particular, the central location of the building towards to the city center of Utrecht, the beautiful connection of the Nieuwekade canal with the (restored to former glory) Catharijnesingel canal and the opportunities to make a good connection between the building and the surrounding area, were crucial in the decision taken by the HKU to settle for the long term on this location.

The Molenburg office building is part of a larger real estate portfolio managed since the end of 2015 by Nexus Real Estate. With the departure of the former tenants in 2016, Nexus has successfully given a new long-term meaning to this building.