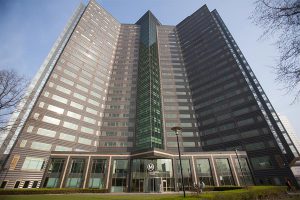 Gracenote is a subsidiary of Nielsen, the world’s leading company in entertainment data and technology. Gracenote helps connecting people to the entertainment they love/like most, and provides its clients with insights into consumer behavior. Because of the expansion of its activities in the Netherlands, Gracenote has chosen to commit to the Millennium Tower in Amsterdam for the long term and to expand further at this location.